There’s an widespread crisis within the diet industry that is going to force us to change the way Americans think about food. The most fundamental model on which our scientific view of nutrition is based has come into conflict with a new way of eating. For traditional American society, nutrition was essentially founded on the notion of “calories in vs. calories out,” an understanding of food which makes no distinction between protein, carbohydrate or fat. By contrast, the philosophy of the Core Fat Loss plan was founded on the idea that the type of calories you consume means everything. Instead of counting the calories you consume in a day, the Core Fat Loss plan tracks the number of protein, carbohydrates, and fats at each meal (as measured in grams). 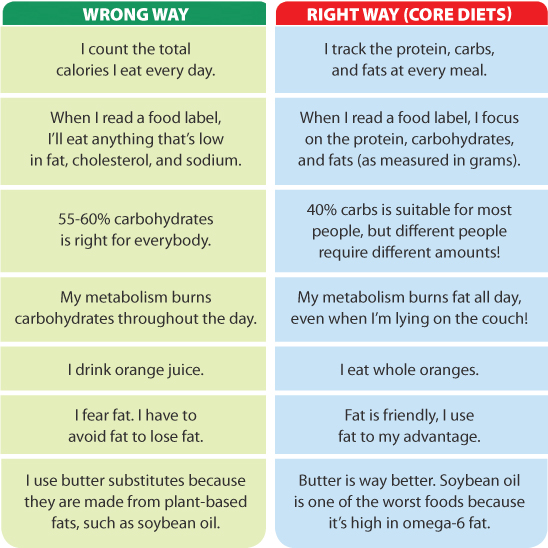